It is the year a.t.b. 1997. C.C. and Marianne are sitting by the grass fields looking out to the waters on a bright sunny day. A little further away from them, V.V. reminds Emperor Charles of their pact to destroy the gods. Charles considered everyone a liar. All humanity were liars. They were going to purge the world of lies. 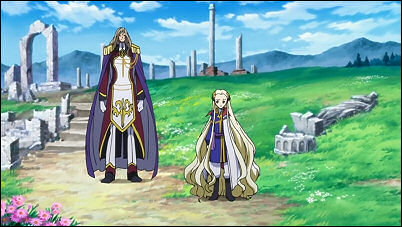 Back in the present a.t.b. 2017, Lelouch was kneeling by Shirley's dead body. He hears Rollo's cheery voice approaching from behind. Rollo had killed Shirley because she was a threat to them with her memories back, claiming she was going after Lelouch with a gun. Lelouch pauses to compose himself before standing up to face Rollo with a smile. He thanks his "brother" for his good work and says they must now move onto the next stage of his plan. They must wipe out the Geass Cult.

Rollo is a bit hesitant because there will still be innocent Geass users there and most of all V.V. the one who had taken him in when he had nowhere to go. However, his brother Lelouch's well-being was of greater concern even though he still wasn't quite sure he can trust Lelouch. 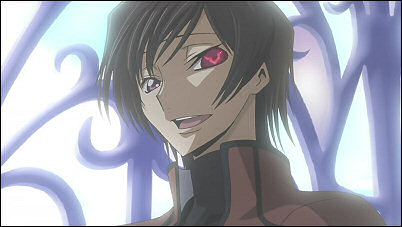 Soon, Shirley's funeral was underway, her friends and mother mourning by her grave. It was believed that she had committed suicide but Suzaku had too much doubt about that. Rivalz was crying with Milly next to him but Lelouch was nowhere to be seen. At the Britannian Dallas Research Lab, Nina was also mourning much to her own surprise. She hadn't liked Shirley yet, she was crying. Kanon holds her, trying to comfort her. 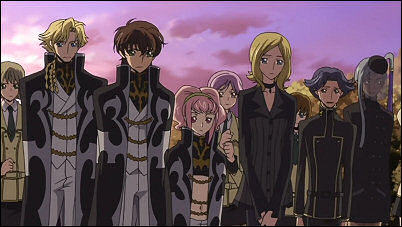 Meanwhile, Lelouch contacts C.C. to prepare for their operation to annihilate the Geass Cult now that they had located it. He had originally intended to make use of it but have now changed his mind. C.C. notices the sudden rage in Lelouch and asks him what happened. While trying to contain his anger, Lelouch explains Geass was responsible for Shirley's death and that's why he wants to remove it from the world. Only one person posessing the power is enough.

He asks if C.C. will join him in this operation since she was once an important figure within the cult and she answers that was all in the past. Besides, V.V. was the real important leader within the cult. But Lelouch's questions weren't over for he has yet to know what C.C. wanted from him. She doesn't answer and Lelouch pursues no further. 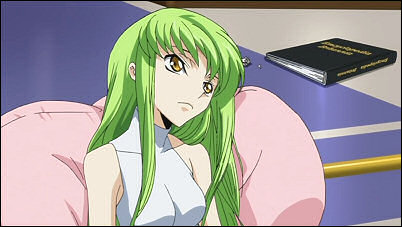 It was soon time for Jeremiah's report. V.V. has the large display before him turned on but instead of Jeremiah, it was Lelouch. While tracing the transmission, Lelouch greets V.V. and confirms that he was reponsible for kidnapping Nunnally long ago during the battle in Tokyo. V.V. admits it but isn't worried about Lelouch's challenge. Just as he was going to offer Lelouch freedom, the Black Knights break into the base with their Knightmares, C.C. leading them. Lelouch reveals he wasn't still in Area Eleven and begins to participate in the attack.

Every researcher, young and old were slayed without any retaliation. Some members of the Black Knights begin to question the aim of the operation but Lelouch pushes them on. He reasons that Britannia was doing research to create immortal soldiers so they don't know who's a test subject around the dangerous area. They must destroy all research data and if possible. 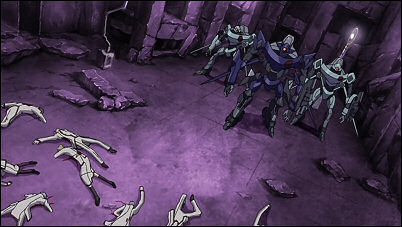 Back in the USJ, Diethard was giving the other members of the Black Knights an update on Lelouch's plans but doesn't say where he was or what he was after. Sayoko wanted him to help keep Lelouch's actions a secret and Diethard tells her she should spy on Ougi because he has been acting oddly lately. He maybe communicating with the enemy. 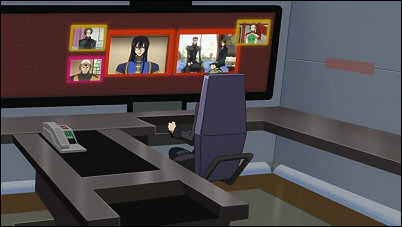 The Geass hunt was still underway. A group of children manage to control a few of the Black Knight soldiers and make them turn against each other but, Rollo comes arrives. The children appear to be happy to see him again and lets their guard down. Freezing them, Rollo quickly finishes them off. Nothing was going to get between him and his brother.

However, Lelouch had more plans in his mind. Knowing Rollo had killed Shirley, he had planted a bomb on Rollo's Knightmare, ready to detonate it when the time was right. As he was lost in thought, V.V. suddenly appears inside Jeremiah's Siegfried. Lelouch is blown away by V.V.'s attack but the rest of the team had already joined him including Rollo and Jeremiah. They attack but it was useless again the Siegfried's electomagnetic armour and V.V. was also immune ot Geass powers which meant Rollo couldn't freeze him. 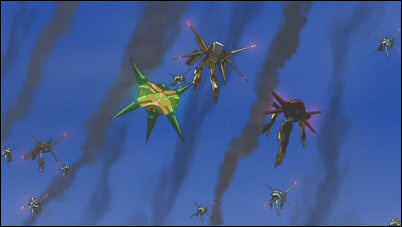 It was an opportunity for Lelouch. He orders Rollo to try and get in close then hold onto V.V.'s Siegfried. Rollo charges in but V.V. remained calm. He remembers how Rollo was a failed test subject because everytime he used his Geass, his heart would stop. Caught off guard by being reminded of his past, the Vincent's legs are heavily damaged. Rollo still manages to grab onto V.V. but falls off. 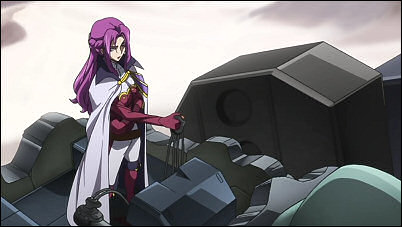 Cornelia had activated a damaged Knightmare back inside the temple and was using it to attack V.V. She knew exactly where the Siegfried's weaknesses were and was determined to kill him. With the fire from both Lelouch and Cornelia, the Siegfried crashes to the ground. Meanwhile, C.C. had also cornered the other researchers who were ready to escape to the EU and destroys them too.

At another place in Britannia, Nunnally was having a little talk with Kallen who was allowed to leave the prison temporarily. They talk about Lelouch and what kind of brother he was until Suzaku appears. Nunnally leaves them alone before he reveals that Shirley had died, believed to have commited suicide. However, Suzaku himself thinks Lelouch was behind it and was determined to make Kallen reveal his identity as Zero by using Refrain on her. 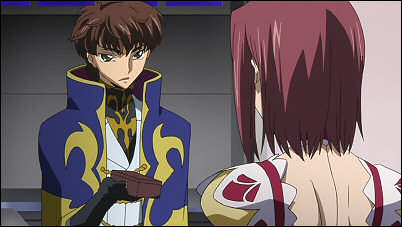 The immortal V.V. had now retreated into the main hall where he finds Charles waiting for him at the Twilight Gates. Lelouch rushes over but, finds himself being transported to the Sword of Akasha and being forced out of his Shinkiro. He looks around and is soon greeted by his father at the top of the stairs. With a proud look on his face, he announces that the time for retribution has come. 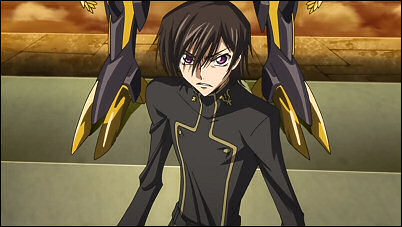 Next episode, "The World of C". 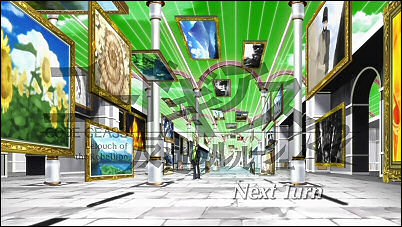 "World End" has grown on me already just watching the OP again this episode. I'll have to put on my player when the single's out.

Not surprised Lelouch pretended his "brother" Rollo done the right thing. Kind of felt sorry for Rollo when he risked his life trying to grab onto V.V. He almost got blown to pieces.

So, Lelouch decided to attack the Geass cult and wipe all the research out, leaving no one alive because he considered Geass to be the true cause of Shirley's death. Sounds like he's turning evil but, I guess he was hunting V.V. down from earlier on.

We still don't know what C.C. is after. Just another teaser to keep the audience hanging on until the end of the show. That is... If they don't start a third season. Interestingly enough though, we finally may get to see what the world of "C" is about next episode. So will Lelouch get to see his mother Marianne again? And will Mao be there too because C.C. did tell him to wait for her there. In any case, I see Lelouch and C.C. looking at a floating art gallery in the preview.

The hatred for Suzaku probably continues to grow. I wonder what the effects of the Refrain drug will be? Just to get her to talk?

Will be interesting to see how Lelouch gets out of this one. I can't help but think V.V. and Charles is trying to "destroy the gods" because of a silly reason... They keep going on about "lies". It's sounds like they had to face some terrible lies when they were younger. 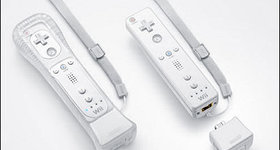 It appears Nintendo is ready to release "Wii Sports 2" except they've named it Wii... 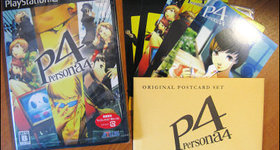 Decided to pick up the Japanese version of Persona 4 after all, even though I only...