I knew I heard Neon's voice in Sigma Harmonics from somewhere. It's Aya Hirano, famed for her role as Suzumiya Haruhi! It appears she will also be singing the theme song "Harmonia Vita" for SE's upcoming detective RPG. Another reason for boost in sales I'm sure.

As for the other voice actors... 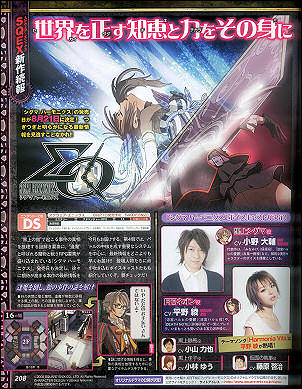 This time we have a look at the different Gods that Neon can call upon herself, allowing her to make use of different attacks against the Ouma. Also, if the player finishes battles without changing her back, they will find themselves stuck with that God possessing Neon, allowing the player to experience different dialogue and thus also a different perspective on the cases that need to be cracked. Neon gets to keep her costume too of course while searching scenes for clues which in this case, is the Sword Form, or "The Darkness Cleaving Knight". 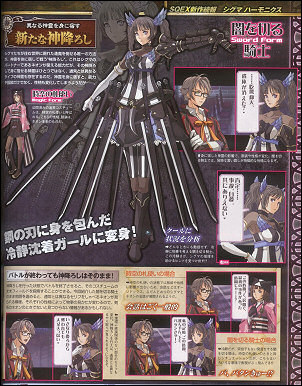 Basically players will only be able to change jobs during battles by tapping the "God" button and picking a card. Once the job change is complete, players must wait for the bar above cards to fill up before being able to select a card to attack and there are various other moves too of course such as healing. 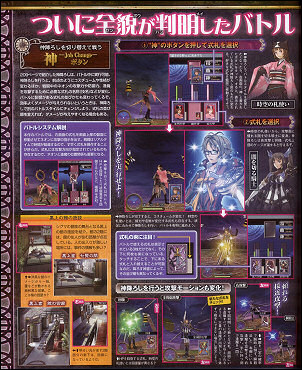 And of course, we can't forget about Sigma's musical talents. During battles, players will also be able to tap the "Music" button which will allow them to change the BGM. This in turn affects the speed at which the card's gauges fill up adding an extra degree of strategy to the game's battles. 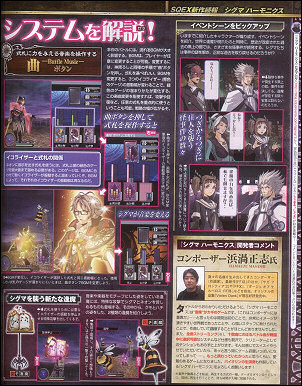 Hmmm, I like the changing personalities. If there's going to be voice acting then, Aya's going to have some fun trying to portray them but I'm sure she'll be up to the job.

The idea of changing the speed the gauges fill up at is another good feature. Means there's something else to do other than sitting around planning the next move. 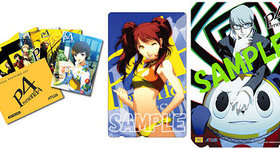 Now here's some pre-order goodies for Persona 4 that you might not be able to get from... 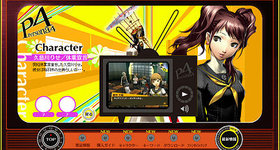 Quite an update for the Persona 4 website this week even though some of it is reused...