Haven't been able to update the blog much for this week because I've been busy with presentations, exams and coursework to finish up for this semester. Going to be busy trying to find something productive and future career related for the summer too but, that's another topic.

Emperor Charles is making a speech before the nation claiming that words of justice such as not stealing, not killing were all but lies and that it was up to Britannia to make people realise the truth through survival. His audience chants, "All hail Britannia" in support. 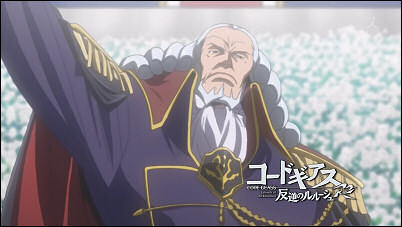 Lelouch soon wakes up in his room with Rollo sitting next to him. He still hadn't come to grips with the reality that stood before him. Nunnally has chosen a world for herself and he, Zero, was an obstruction. At least now he knows Nunally was safe with Britannia and Suzaku. He asks Rollo if he had said anything while he was asleep but, even though Rollo had heard him call out Nunnally's name, Rollo tells him he didn't say a thing.

While everyone else in the Student Committee were excitedly making preparations for their school trip, Lelouch was busy sitting in the corner catching up with the latest report about Nunnally's arrival. Eventually, they couldn't help but notice the sad look on Lelouch's face. He tries to hide it by saying he didn't sleep well because he was over-excited about the trip. 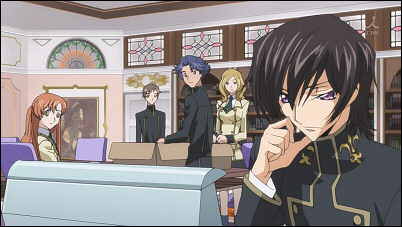 Soon, it was time for the new Area Eleven Governor to make her speech and students were to assemble in the main hall. On TV, Nunnally greets everyone and introduces herself as the 87th successor to the Britannian throne, Nunnally vi Britannia. Not many could accept such a young girl was going to be the new governor including Rivalz but, what was even more unexpected was that she wanted to re-establish the Special Administrative Zone of Japan so that the Elevens could reclaim their identities as Japanese.

However, those who were watching were wary after the massacre that occurred the last time Princess Euphemia had attempted to do so. After concluding that she wished to create a world of peace and inviting the Black Knights to join them once again, Nunnally is wheeled out of the assembly room by Suzaku under the suspicious stares of other Britannians. Suzaku hadn't expected Nunnally to make such a move either but reassures her that Euphie hadn't been wrong in what she had attempted to do. 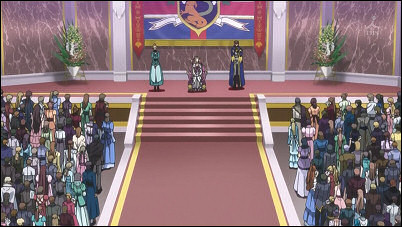 Meanwhile, Lelouch could no longer accept what was happening and has lost his reason to fight anymore. While on a train alone, Kallen tries calling him but he hangs up, breaking his phone in anger and throwing it out the window. He even uses his Geass to order all the passengers out of his carriage so that he could have some time alone.

Suddenly, the displays on the screens are all filled with Nunnally's speech forcing Lelouch to stagger out of the train. Eventually, he returns to an old deprived Area Eleven where he comes across a group of Elevens trying to take advantage of other Elevens. It was a pitiful sight. Lelouch walks up to the Britannian who was clearly in command, holding some drug. Not intimidated by the gang one bit, Lelouch commands them to do various actions and laughs maniacally into the night sky. 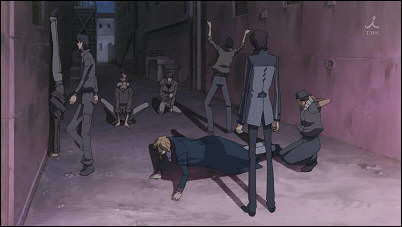 While Lelouch was missing in action, the Black Knights were thinking about the next step in their plans. They were sure no Japanese were going participate in Nunnally's plan after what happened and were wondering where Zero was. Kaguya was missing her "husband" and wondered why he didn't write to her when she was away in China. Tamaki jokes maybe Zero was cheating on her while she was gone but Kaguya doesn't appear to mind that Zero has more than one woman. She walks up to C.C. and thanks her for taking care of Zero then does the same with Kallen.

Later, returning to Zero's room, C.C. speaks to her mysterious contact again who turns out to be Lelouch's deceased mother, Marianne. C.C. didn't really care if Lelouch doesn't continue as Zero so long as he lives. She doesn't believe he'll actually leave the Black Knights because the story won't turn out very good but, if he really wanted to, it would be easy for him. He did also say, "Zero is for the sake of Nunnally" once but if things continue the way they are then, the Black Knights will surely be finished. 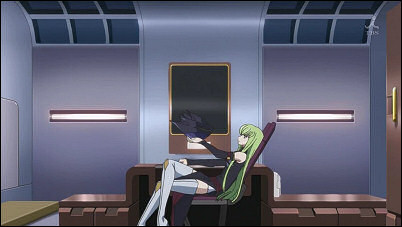 At another part of Britannia, Lloyd was on the search for Suzaku at the hospital but only finds his assistant Cecile with the injured Guilford. He needed Suzaku to help complete some modifications to the Lancelot Conquista. Absent mindedly, he picks up one of the sandwiches Cecile made for Guilford but rushes out the room after tasting how horrible it was.

On the other hand, Kallen was concerned how Lelouch didn't answer her call and had gone out to look for him. She finds him in the Sector Five, Shinjuku Redevelopment Area just about to take a dose of the Refrain drug he had took from the gang he had met earlier. Seeing this, Kallen rushes up and removes the drug from his hand. She didn't like the Lelouch she was seeing and wanted him to shape up again, claiming that she will take any orders from him. Hearing this, Lelouch tells Kallen to comfort him. Surely it wasn't a hard thing to do as a woman. He gets up and leans in for a kiss only to be slapped in the face. Kallen makes one last attempt to wake up Lelouch, demanding he takes responsibility for the dreams he has shown to them as Zero before running away in tears. 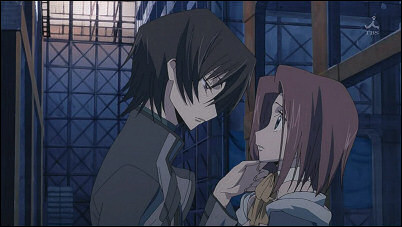 A few minutes later, Rollo appears too. He had a different view about what Lelouch should be doing and suggests he just forgets about everything about being Zero, the Black Knights and Nunnally. It would be for Nunnally's sake too because without Zero, Area Eleven will become a peaceful place. Lelouch will be able to live on as a normal student. Rollo promises that he won't leave his dear brother alone.

Back in the Governor's office, the Emperor was asking Nunnally why she had volunteered to become the Governor of Area Eleven where Zero has returned. She replies that she had always been under the protection of her brother Lelouch and now wanted to be able to make decisions her brother wouldn't be ashamed of.

Back aboard the Black Knight's submarine, Kallen had already returned and was considering taking Zero's place to continue their dreams until C.C. enters the room to remind her heavy responsibility came with Zero's mask. Suddenly, Suzaku's voice can be heard. He had tracked down their base, determined to make sure Nunnally carries on Euphemia's will. He was giving them ten minutes to surrender. 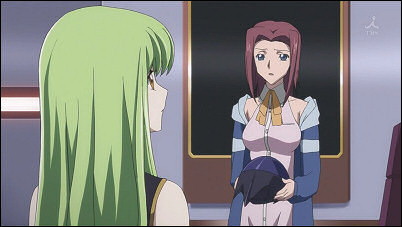 At the same time, Lelouch and Rollo had returned to Ashford which appeared to be deserted because everyone had left for the trip. It was a surprise when they find fireworks being shot into the sky. Lelouch rushes up to the roof and finds his friends Rivalz, Milly and Shirley there. They had decided not to go on the trip because they hadn't wanted to leave their friend behind when they didn't see him. It wouldn't have been the same without him anyway.

Just then, Lelouch notices the paper crane in Shirley's hand and asks her about it. She replies that she heard the cranes made wishes come true so she tried to make one even though she can't remember who had taught her to. She had wished she could light fireworks with all her friends one day and it has sort of come true. They had wanted Kallen, Nina and Suzaku to be back with them but, only Lelouch was with them probably because they only folded one crane.

Hearing this, Lelouch thinks of the time he talked about what form "happiness" would take with Suzaku and Nunnally when they were younger. Suzaku had said it was like glass which was something that was hard to notice but was there. Something that when you looked at a different angle, would shimmer with light. 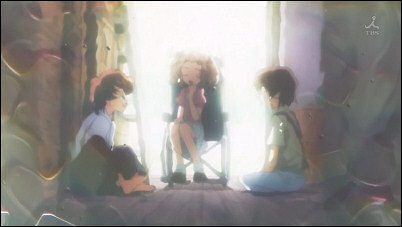 As he continues to think back, he remembers how Nunnally had wanted to fold a thousand cranes to wish for peace in the world. It was then did Lelouch realise how close such a world had been for him all this time despite all the false memories that had stained the glass. He was no longer fighting for Nunnally alone but for everyone around him.

Tears well up in Lelouch's eyes and the others start to tease him. He turns away trying to hide them and suggests they should launch fireworks someday again together - with everyone. 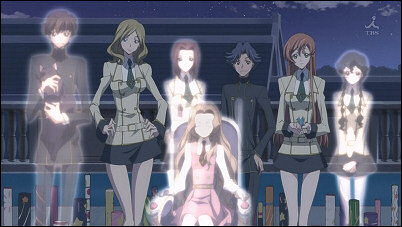 He had given them ten minutes to surrender but the time was now up for the Black Knights and Suzaku has begun his attack. Toudou was taking command of the submarine as they sunk into the sea in an attempt to escape but were struggling from the Anti-Submarine Rockets and Portman II units. The Black Knights did not dare return fire or move because it would give their position away.

However, to their relief, Zero was back. Lelouch was taking command again on a cliff with a map and wireless headset on. He commands them to fire torpedoes ahead of them. This gave the Black Knights' position away as the enemy Britannian force moved in on their target. Unfortunately, they hadn't expected Lelouch would make use of a methane hydrate container nearby causing all units to lose control of their buoyancy while, the Black Knights remained anchored safely. 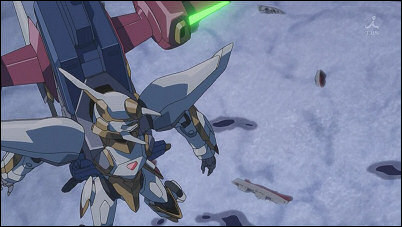 Just then, Zero also makes an appearance as he stood on Vincent's hands claiming that he was going to accept Nunnally's proposal and participate in the re-establishment of the Special Administrative Zone of Japan once again. 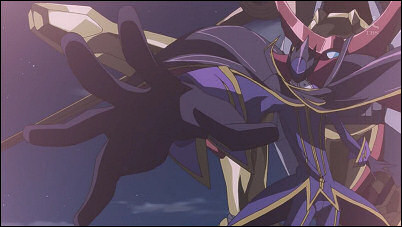 Next episode, "The Million Miracle"

Governor Nunnally is re-establishing the "Special Administrative Zone of Japan" which had once failed before. A plan that allowed part of the Japanese to become independent and suppress any further uprising. Lelouch agrees to take part in the plan on certain conditions that surprise the Britannians. 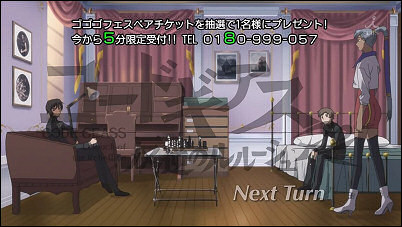 They finally confirm C.C.'s been speaking to Lelouch's mother "Marianne". Now we just need to know how she's involved in all this Geass business.

On another note, I was expecting Lelouch to continue as Zero but wasn't really expecting him to fight for a slightly different reason. Nice comparison about how happiness is like glass in this episode. I wonder how exactly is he going to go about bringing everyone back together? He can't use Geass on Suzaku because he's used it once on him already back in season one and commanding him to be friends again wouldn't exactly have been a good idea either because the emotions would be too false for Nunnally's sake. 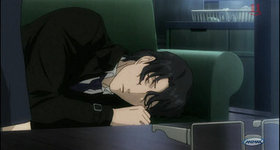 Episode 20 Summary - Memories In a world filled with a bright soft light around him... 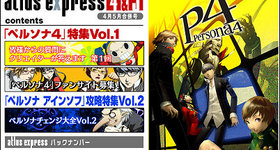 Atlus has started to give their upcoming Persona 4 RPG some special coverage in...