A bit late on this one but, I wanted confirmation first before I posted.

It appears Makoto Shinkai will be appearing as a guest for the screening of his third movie "5 Centimetres per Second" at BFI Southbank London on 20th June. Ticket bookings won't be open until this Friday May 9th.

As part of the Anime Weekend line-up, his other movie The Place Promised in Our Early Days will also be on. Other notable movies include Death Note (Live Action Movie) and a preview of The Girl who Leapt Through Time.

I'm not sure if I'm going but... If I do go, I will be sure to bring my copy of the novel along to get it signed or maybe I'll bring his artbook instead. If people are given the chance to speak to him that is ^^;

But what's this I've spotted on the descriptions page?

"Takaki and Ahora"... Did ADV change Akari's name or does Takaki have a new girlfriend? 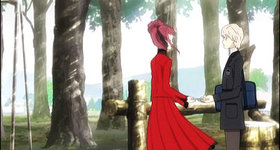 Episode 18 Summary - A Sinking Dream Jun is leaving his house for school when he hears... 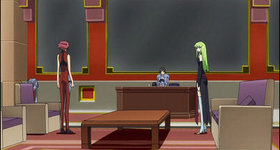 Episode 5 Summary - Knights of the Round The Black Knights continue their...