Nanashi no Game, The DS Game that Gets Players Killed!

And I mean that literally but not in real life of course. It appears SE is keen on trying out new ideas on the DS such as Sigma Harmonics and that's a great thing.

The latest idea to be revealed is "Nanashi no Game" which can be translated to "The Game without a Name" but, notice the numbers on the official site are associated with death in Asia, 774.

Rumours have it that there is a mysterious "cursed game" going around where players who play it die a week after. One day you the "Player", a 20 year old second year university student, finds your senior has disappeared after playing this game, never to be seen on campus again. You go visit your senior's home and soon find the game on your own console. Will you be able to escape the same fate? 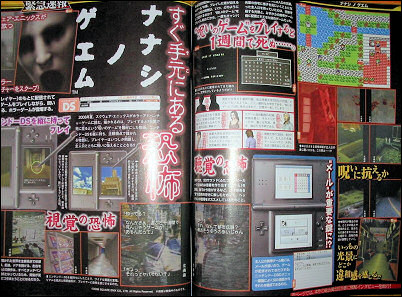 There are two parts to the game; one where you actually play the simulated "cursed game" with your DS held horizontally on one screen and, one where you travel about the real world in 3D holding your DS vertically. There's also an interface that mimics the DS where you'll receive e-mails from the characters you meet and there will also be a 3D sound system although I don't know how well it will work on the DS speakers.

Watch out for it on July 3rd.

Reminds me of a number of things this game. "The Ring" movie, 3D graphics from Hotel Dusk and the seven day death sounds like "It's a Wonderful World" again. 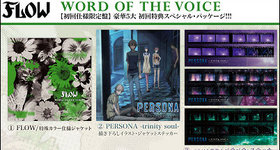 You will soon be able to listen to the full version of the second Persona Trinity Soul... 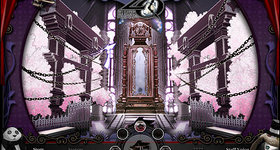 Really enjoyed Hotel Dusk and one other similar game, I forgot the title.

Hope that there is an English version.