Despite his little internet problem he had earlier, Makoto Shinkai writes that he continues to work in London. This time he's returned to Minori's adult visual novel game series, "Ef - A Fairytale of the Two" to help complete yet another opening movie as director for their latest title "The Latter Tale". I guess it must be a coincidence that Minori's staff is also in London just now.

The interesting part is that he worked on the various stages as he travelled starting off with the storyboarding while he was still in Japan, directing it via the internet while touring the Middle East and then put the finishing touches to the movie's final composition now that he's in London.

It certainly has that Shinkai touch to it but I really don't like that song, "Emotional Flutter". Not the greatest of Tenmon's work you could say. If you want a higher quality version of the PV, you can download it via Gamers. 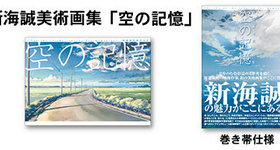 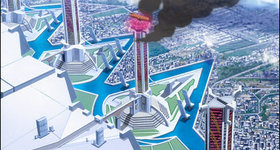 Don't think I've heard any of Tenmon's compositions before.

I can see Shinkai's art even improved since his last short.