No More Heroes EU Version, Impressions and a Comic Manual

That's the second time I've said that because once again, No More Heroes was something I had been waiting in anticipation for for a long time. I pre-ordered my copy with Gameplay and fortunately it managed to arrive today so I can spend the weekend on it. Great how they (almost) always seem to get my pre-orders delivered on time! 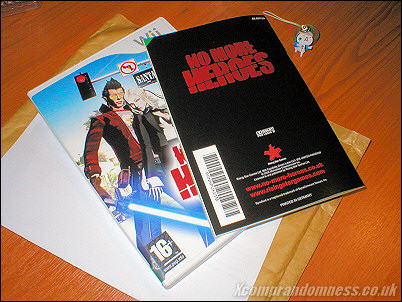 So was it worth the wait instead of just buying the Freeloader and importing the US version? Well, I managed to spend maybe around two hours on it after day of uni and work and, it's been fun so far. It's as stylish in terms of soundtrack, graphics and dialogue as I had imagined it would be from all the video clips I watched.

As for gameplay, I won't say it's the best action I've experienced but it has certainly been satisfying finishing off opponents by swinging the Wiimote accordingly and pulling off those wrestling moves. The control system works very smoothly apart from the camera. So far I haven't managed to find a way to manipulate it freely besides pressing the C button to reset it behind Travis. What I found annoying about it was the screen goes blank every time you do this like a camera shutter closing.

Besides that, I won't really care about how we ended up with the "censored" version because having no gore doesn't really detract from the gameplay experience. Perhaps the cutscenes would have been more interesting as I said before but, the game itself is still very fun to play.

People are calling the EU version "censored" but from what I've read, the gore version (i.e. US version) was the way Suda51 had envisioned it before development. The Japanese version was developed without and released then, gore was added for the US version. In other words, the Japanese version is the real original so the version we have in the EU can't really be called "censored".

On the bright side, there are two things that we got and US players didn't. We get the comic manual that the Japanese had and also the in-game "Heavenly Stars" music video (and a better boxart so maybe that's three things). 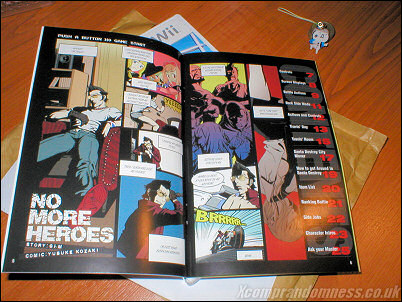 For people who only care about the game and play "backup" copies, it probably doesn't mean much since you're just used to blank DVD-Rs but, I think it matters in a small way to people who purchase the games because they have to look at the box and take the disc out from it whenever they want to play. It's great that we pretty much get the complete original package here.

I'm guessing the reason why the US version didn't get the same manual because it was Ubisoft who published the game over there and they aren't a division of Japan's Marvellous Interactive Inc. (i.e. the company that published the game over in Japan) whereas Rising Stars over here is. I also think the music video was removed so that they could use the space for all the extra gore animations.

Anyway, I hope this will last a good twenty hours at least but seeing how I've beaten the first two bosses already (out of ten) is kind of worrying. There were two difficulties to choose from "Sweet" or "Mild" so I just went with mild. Was kind of surprised how I died a few times but after getting a hang of the controls, the fun picked up. Reminds me of the time when I first played Monster Hunter Portable but this game's not quite in same league! 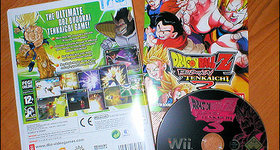 Decided to buy "DragonBall Z Budoukai Tenkaichi 3" after hearing about the delay No... 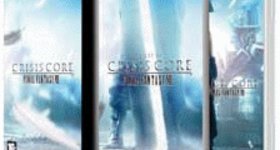 According to Eurogamer.net, Europe maybe set to get a "Special Pre-Order Edition...