Been a while since I last played a good city builder/management sim on the PC and this indie game, "Endzone" looked quite interesting. Sim City remains the classic that started it all. City Skylines is a decent title that follows in its footsteps but here, you have one with a post-apocalypse setting where you have to rebuild to help everyone survive and get on with their lives.

So you kick off by collecting the basic resources wood and scrap nearby so you can start building huts for living in, water and food. The game then takes it further because you also have to have something to protect everyone from radiation and the supplies from contamination too. This is where the scrap comes in and you can recycle it into different materials for building better tools and other utilities for your residents. 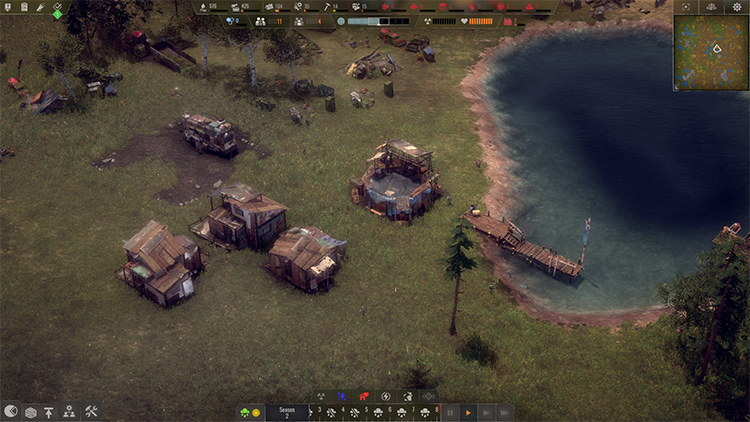 Other than that, you have disasters too such as droughts that means you end up struggling with your reserves of water all the time and sandstorms that damage buildings. A lot of the time you'll have the jobs allocation screen on and re-assigning villagers to different jobs as the situation changes.

In other city builder games you had to increase appeal of residential zones to attract more people and that's here too such as building some shrubs or flowers nearby homes. Your settlers will age and if there aren't enough trained adults, you'll have a hard time keeping the settlement running. 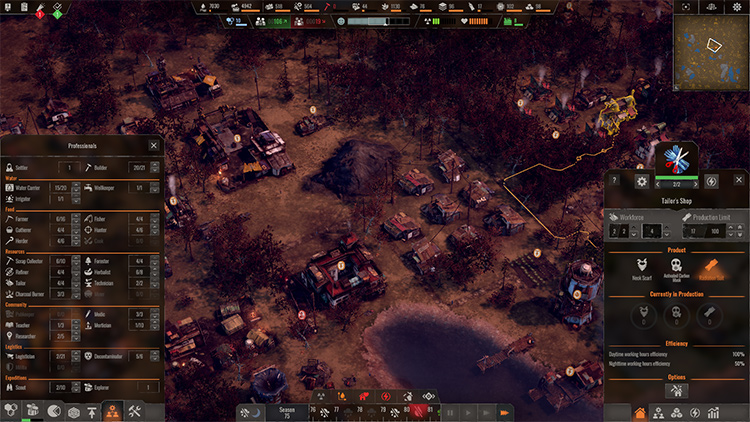 What sets this game apart is you can send out explorers to ruins to obtain new undiscovered resources or technology. You can spend time researching yourself but it takes so long it's just faster sending out expedition teams to find any new "utility" blueprints.

It's not a matter of simply hitting the explore button either. You need to equip the team with the right resources and choose the right people for the job. Then once you're at the site, you make decisions on what part of a ruin to explore and it's quite fun seeing what you'll discover. On the other hand, as long as you are well equipped, it can also just be a matter of clicking buttons. 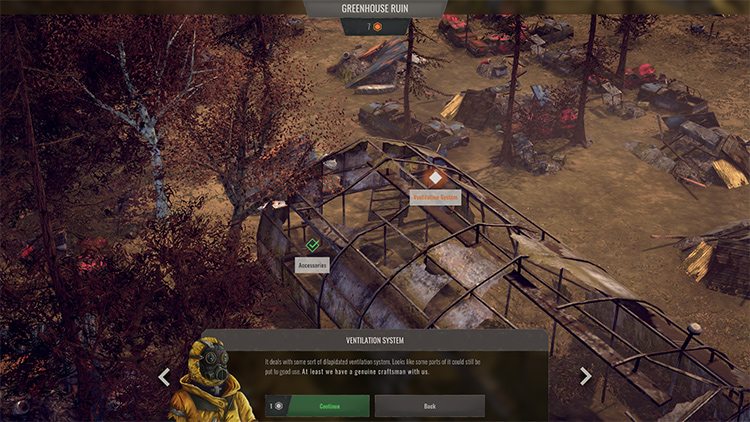 You can play on endless mode or one of the scenarios to give yourself some goals. However, I would recommend disabling raiders as of v1.0.77 because they are too over-powered. Raiders were introduced when the game reached full release and could be thought of as a new disaster because every so often, they'll demand resources from you as a tribute.

Initially I tried playing with raiders enabled (by default) and managed to survive by giving away most of my resources. My settlement was strong enough they could recover quickly but it gets to the point where it becomes annoying as it is almost everything you have most of the time such as all your water reserves just before a drought.

If you refuse then they'll loot from you but less than what they originally demanded and also damage most of your buildings, essentially stopping them from working. This pretty much breaks any self-sustained balance you've managed to achieve. 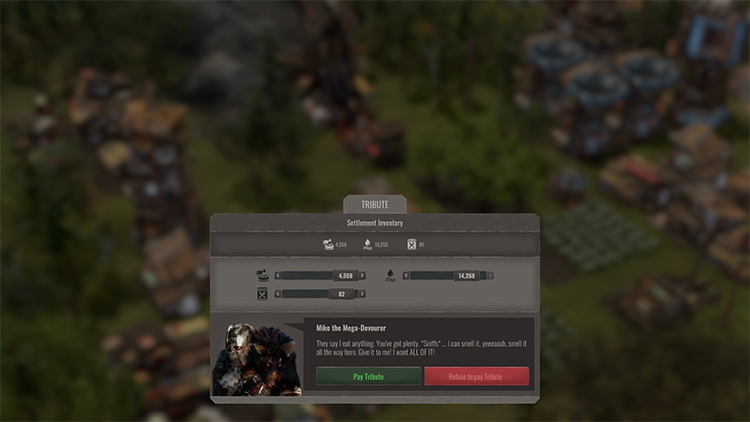 That said, the game is still actively being worked on so the raiders may be better balanced in the future. Other than that I think this is a fun and satisfying city builder to play with exploration and optional side missions to set it apart. 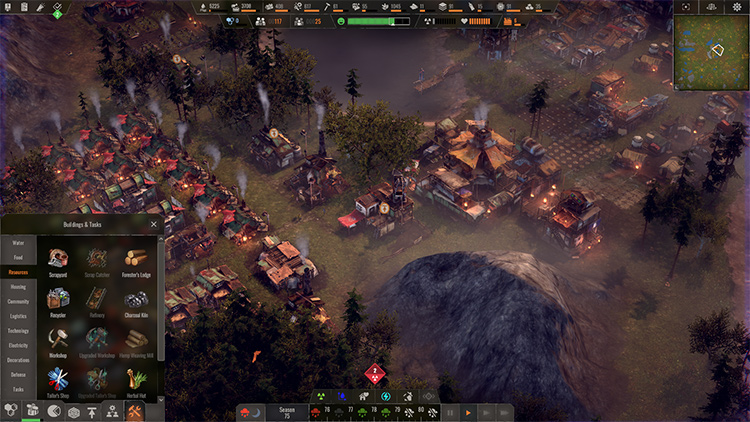 Watch your scrap level as you'll have to manually re-assign the area the settlers are salvaging from once an area's been depleted.

You can re-assign all your settlers from collecting water to temporarily boost other jobs during a drought such as helping to repair buildings by right-clicking the up/down buttons.

Zoom out to get a view of where existing buildings of what you're about to build are. There doesn't seem to be another way to get an overview of this even though the other overviews are well designed and, it's not helpful just cycling through each one.

Start exploring early so that you can obtain new technologies and resources quickly. You don't have to send out an expedition straight away and can just wait until you have skilled settlers.

Build a forum to get missions and complete them for rewards. Scenarios such as "The Bet" will require missions to complete so watch out for coloured missions on the bulletin board such as "Strange Explorers" which specifically say, "you may obtain rewards such as new seeds". 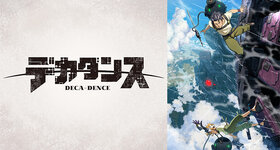 Beings known as "Gadoll" suddenly appeared wiping out most of mankind...