Having finished Two Point Hospital and its DLCs while the JRPG scene's been quiet, I was on the lookout for a sim game to play on the PC again. This game looked good and some reviews on Steam mentioned it was similar to Cities: Skylines, another sim game I enjoyed playing which could be considered a successor to the classic Sim City.

Broken down into chapters spanning different cities and times, the campaign of Transport Fever 2 eases you into the game with the first couple of chapters acting as tutorials. They're not long and quickly lets you play on on your own.

As the name suggests, the goal is to transport people and goods around places but unlike Railway Empire it gives you a lot more transport options such as planes and ships too. Fortunately it's not a steep learning curve just one or two missions are enough to get you going. You mainly build stations, add a route then assign vehicles to them. 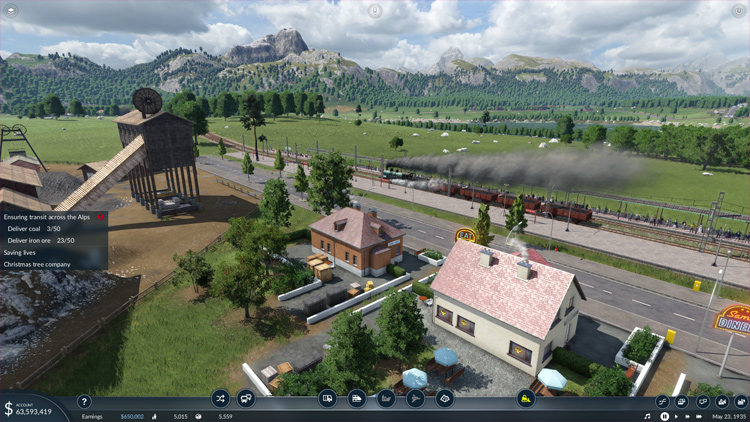 Once you get towards the end of chapter one, it starts to get harder as you don't have such a generous sum of money to use and have to start streamlining transport to balance the books.Instead of just managing trains you must make sure all transport modes are connected correctly to get transport routes going which means you have to space manage more than worry about your income. For example you need trucks transferring stock from depots next to train stations to commercial areas. The train stations then have to be linked to the suppliers. Otherwise if you only have the train stations linked up, there's no demand and the trains won't transport anything. 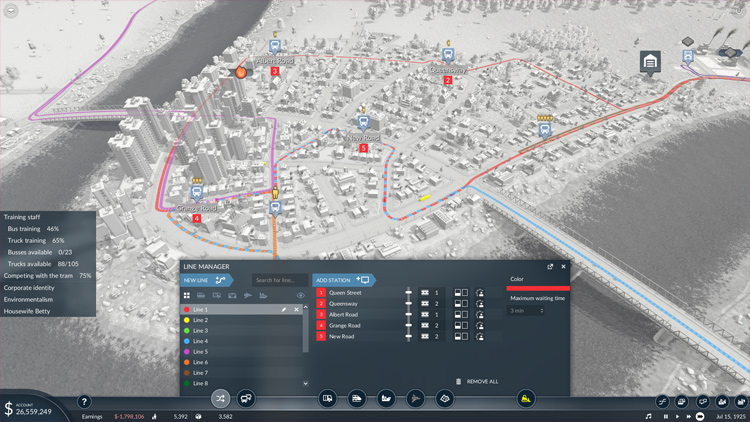 As you progress the missions continue to vary sometimes limiting the area you can construct in or making you fix a pre-built map. While the main missions are happening, you have some silly side missions such as appeasing a snake god with coffee! So some sense of humour here that keeps you busy while you're waiting for the main missions to be fulfilled. 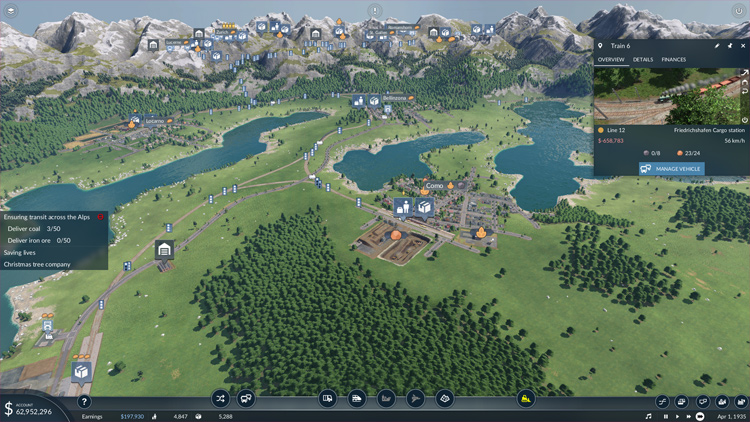 As I mentioned earlier, the eye candy caught my attention and the game looks great with plenty of detail. Initial impressions are great. Towns look lively with people walking around while the skies have the odd bird flying pass and the soundtrack matches the country you're supposed to be developing. Unfortunately buildings look the same in every country apart from the landmark building during that specific era. As with Railway Empire you can also take a ride on the transport you buy too so you can get a beautiful view of the cities by train, road, air or sea. Can't have a sim with moving vehicles you can't hop on! 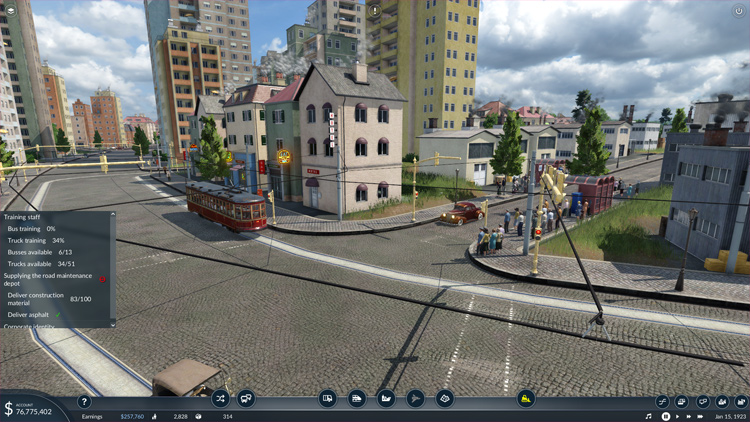 I never played the prequel but that might be a good thing because most of the negative reviews claim this is mostly the same so this would be more of a definitive edition. If you're a fan of sim management games, I would recommend playing this. It's basically a better looking version of Railroad Empire with more transport options to enjoy. 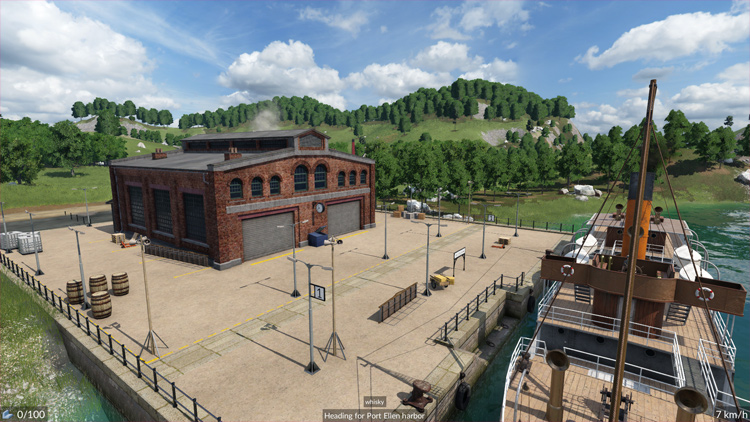