Never did get into the Nier game on the PS3 but after playing the demo, I was quite excited about Nier:Automata. The post apocalyptic story is quite silly - aliens sent automatons to Earth and became a threat so big humans had to flee to the moon. Now they have come with a way to transfer their memories between androids to continue the ongoing struggle as the YoRHa resistance to win the planet back. 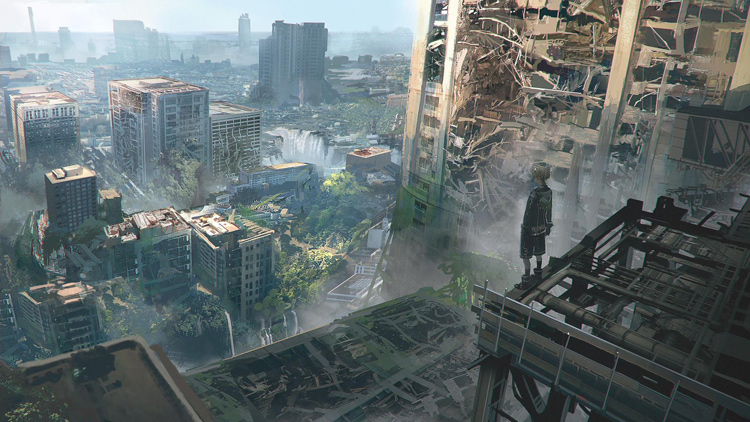 Combat is fun and smooth with a variety of style mixed together such as side scrolling shooter to your hack and slash. There are also some "hacking" mini games which is very much like the side scrolling shooters that are spread out in-between boss battles which prevent it from being just a slash fest. 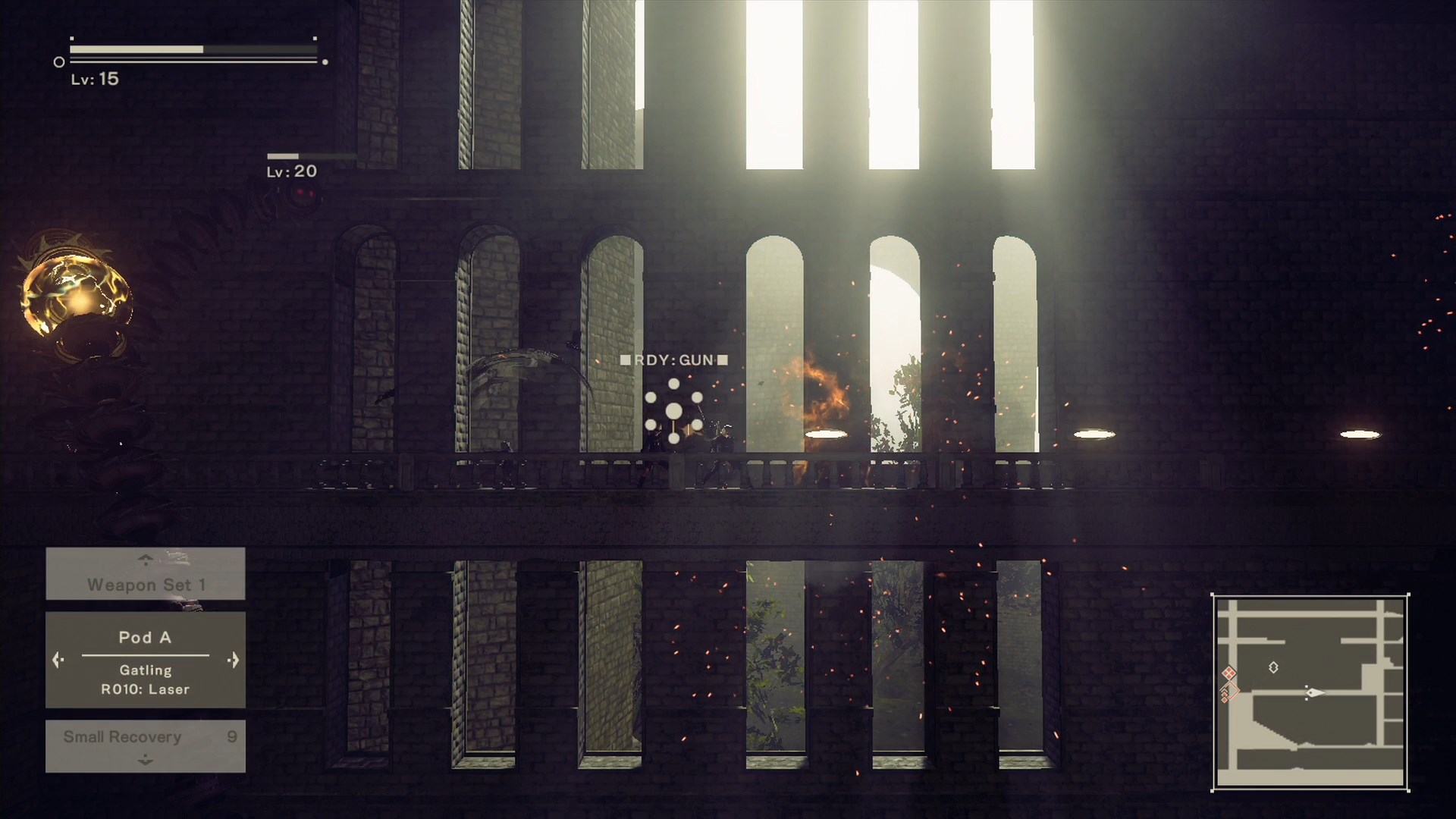 You can customise skills which aren't limited to slot types - just one big slab of space for you to slot different skills that require different amounts of "memory" to set.

However, rather than spending time figuring out the best chip combo to give me the edge on enemies, I spent all my time holding down the fire button and letting homing missiles do the job. 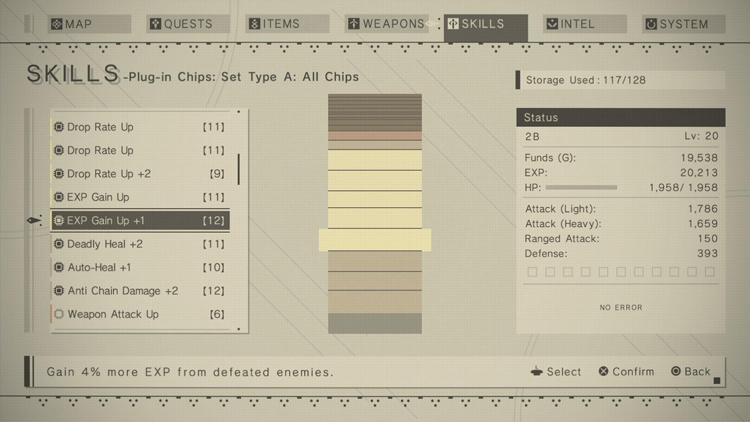 The world is very expansive leaving you to explore all you want or just push on with the main story. In fact, the game gives you way points but the map is so hard to view in 3D it encourages you to explore even... There are plenty of side quests to keep you busy.

Vending machines act as save points and quick travel. If you die, you leave a body behind that either you can re-collect yourself to retrieve items and chips or for other players. There's a bit of fun leaving a message behind you choose from a set of pre-defined phrases which is probably a good idea. 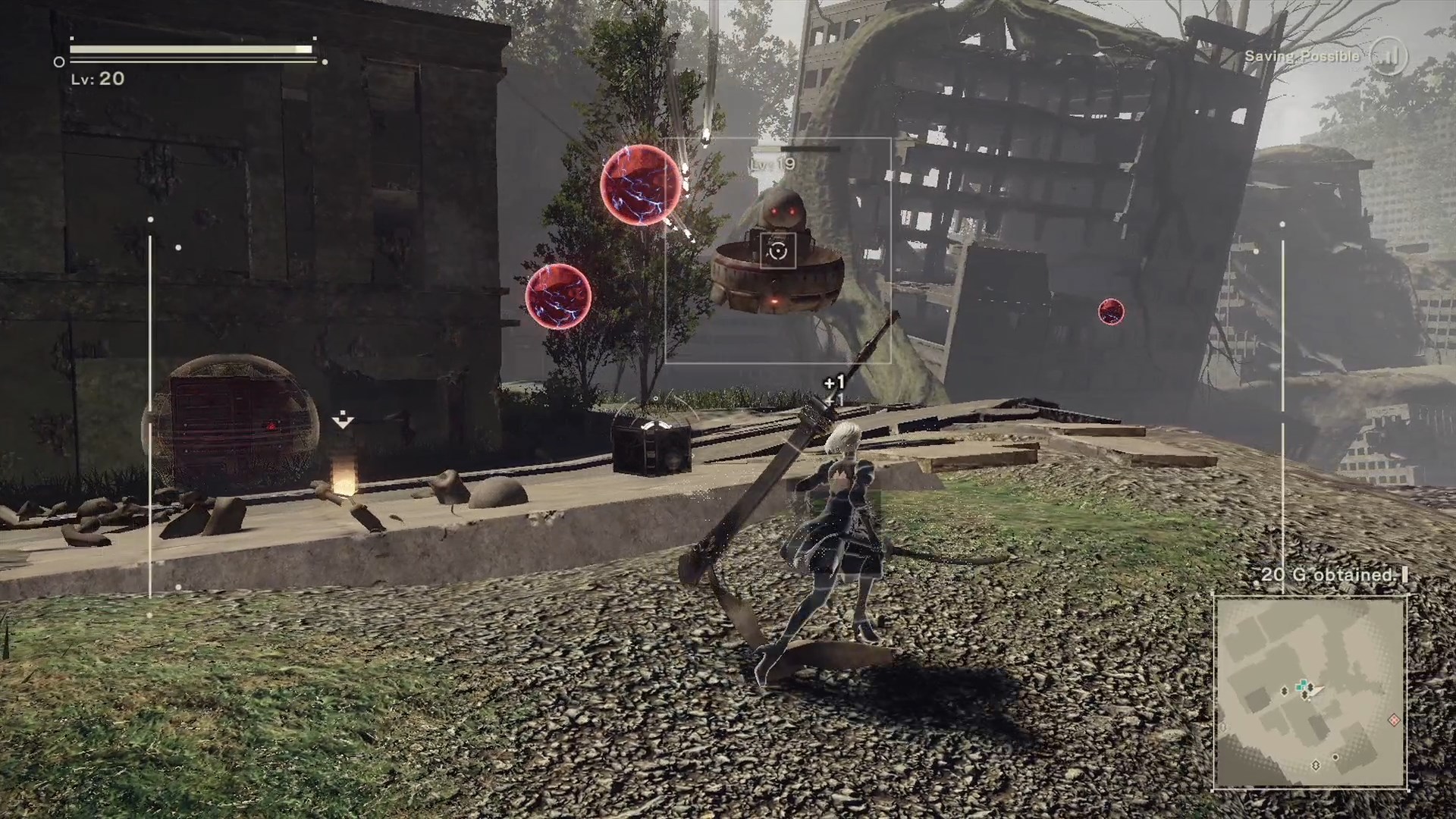 Another interesting thing is there are multiple endings (26 but only 5 of them are proper ones) and you can finish one playthrough in less than 9 hours so it's designed for you to play through multiple times. They're also played from a different android's perspective so the play style changes a bit.

Post apocalyptic environments look pretty bland most of the time (with the odd exception) and the humour's a bit too dark for me. It's a fresh take on tutorial messages I suppose. 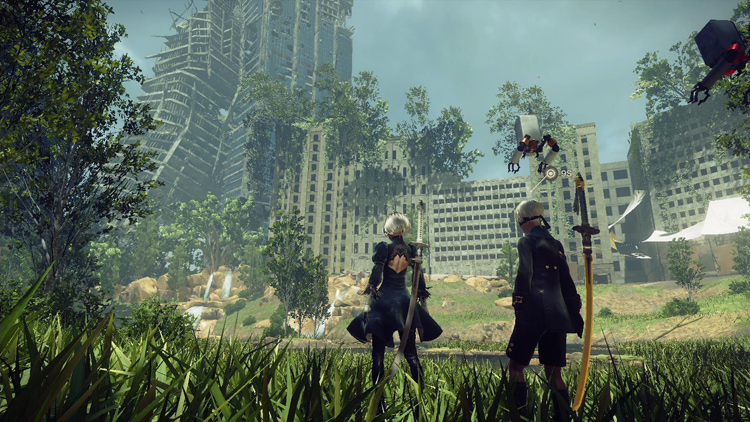 It was fun seeing the variety of gameplay styles but the novelty wears off once playing the full game and I'm just not a big fan of Yokotaro's direction. I didn't enjoy Nier on the PS3 and was thinking this would be different since I enjoyed the demo but unfortunately, the fun only lasted a bit longer for me.

When I finished the Nier:Automata demo, I thought I'd enjoy the full game but this is the odd case where I didn't. The environment and gameplay felt too gloomy for me despite the smooth, varied gameplay. Perhaps I'll avoid Yoko Taro games in the future. 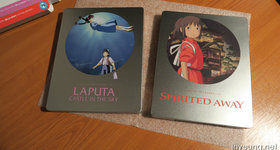 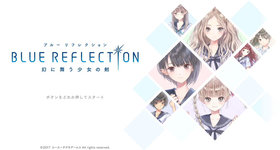