Ikenie to Yuki no Setsuna Review

So Square-Enix announced a mysterious title called, "Project Setsuna" a long time ago and now it's known as "Ikenie to Yuki no Setsuna [Setsuna of Sacrifice and Snow]" or "I Am Setsuna" in the West. Most people got a Chrono Trigger vibe from all the footage that got released. It might be from an unknown studio called Tokyo RPG Factory but for me, it looked like a fun JRPG to play.

Story is quite similar to FFX - Chosen girl, Setsuna is to go on a journey to sacrifice herself to maintain the peace in the world. Very straight forward plot. Just happens someone (the player) is sent to assassinate her but she pleads to be her escort since she's going to die anyway. 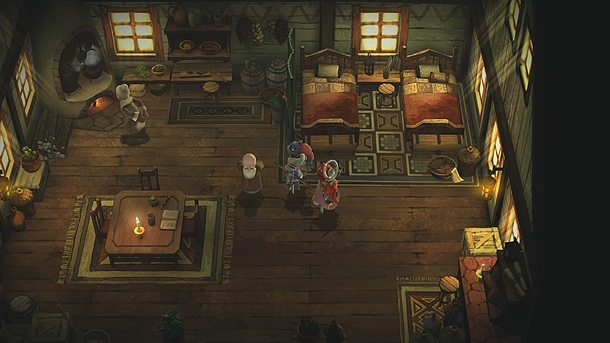 Gameplay feels very similar to old classic JRPGs. Move between dungeon to dungeon, level grind, defeat boss, repeat. However, at the same time, it's not quite the same. Dungeons feel very small - which is probably a good thing because you don't get a map to navigate around with!

There are no quests to do, just the main plot to follow. There's a small journal to keep track of the story but it's not very detailed so if you ever speed through the dialogue and get lost, you'll probably get lost. There's little hand-holding in this JRPG.

Another point is there are no inns so the only way you can rest up is stock up on Tents which work the same way as other JRPGs. It's the same with escaping from battles; unless you have Smoke Bombs with you you're stuck for good. 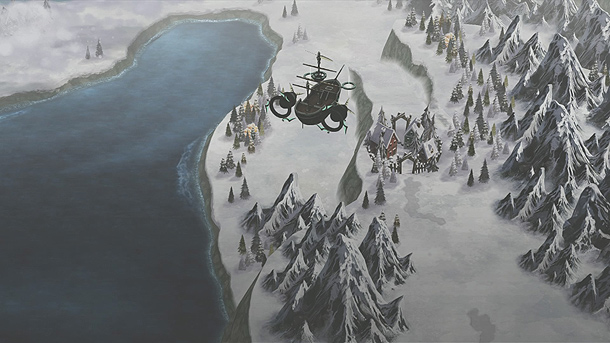 One twist on battles is that as a Setsuna gauge builds up, you can hit the square button just after executing an attack which then gives you a random effect and also gives you fixed effects on skill stones.

Instead of learning skills as you level up, you actually have to collect materials, sell them to a mage then unlock "Skill Stones" which you then equip to use. Kind of like Materia from FFVII in a sense but the great thing is you can attach skills to these stones depending on the accessory a party member has equipped. Say for example, an accessory can give you the effect of lowering MP usage. If you equip that and activate Setsuna mode enough times, a spell stone could end up using less MP.

It's an interesting way of earning and customising skills.

There are combos similar to Chrono Trigger where if party member possess the correct skills, they can perform a more powerful skill. Problem I found with this was you had to mix and match to find out which combination of party members and skills can perform the combos. Granted, Chrono Trigger didn't give you a nice chart of combos but it would have been good here. 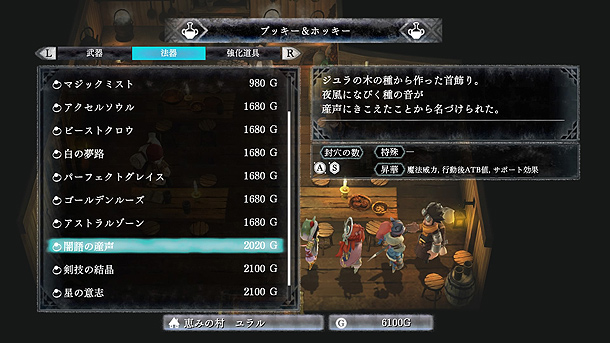 Difficulty wise, battles feel just about right. There's not much level grinding needed to move on. Enemies are visible and you can flank them to speed up fights. Trash mobs are fairly easy to defeat... Well almost. Sometimes there are even rare mobs that will wipe out your entire party with some nasty surprises!

Bosses on the other hand are challenging enough to keep you on your toes. Basic tactics - keep health up, unleash strongest attacks is enough to win early in the game but, eventually it gets hard enough that every action counts. 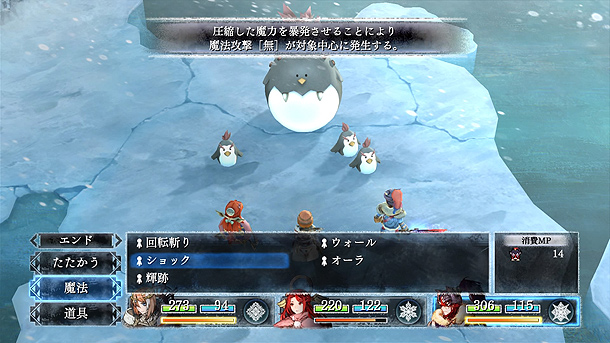 Presentation wise, if you're expecting lots of snow then yes, you're right - you'll be looking at snow most of the time. There is very little variety but the snow scenery coupled with the piano score music is very relaxing to play with. I particularly like the snow effect this game has - it's really fun trudging through the snow and seeing the marks left behind. What's more, the effects happen as you fight in battles too. 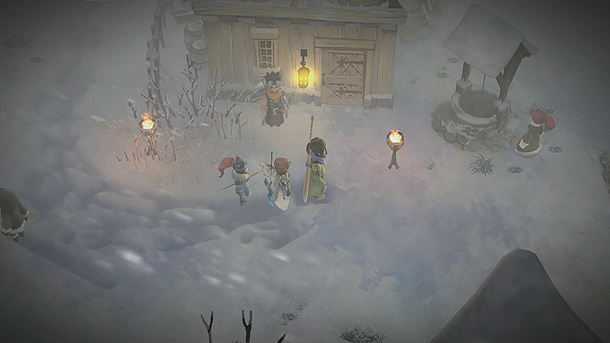 That said, even though it's mostly snow and ice environments, graphics aren't re-used as badly as Exist Archive. There are visual changes as you equip new weapons and the bosses are all different, looking as tough as they are to beat towards the end of the game.

On the other hand, you can also feel the budget in the voice effects that lack a bit of enthusiasm. 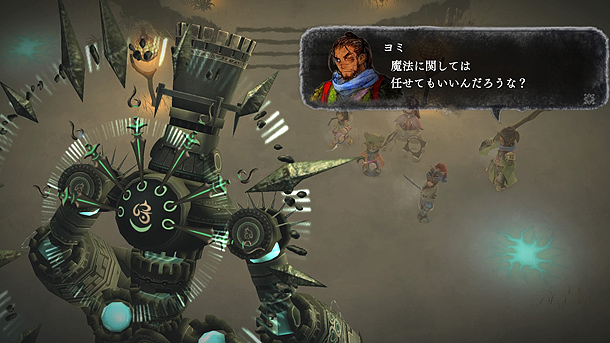 Like some other people have said, Yuki no Setsuna is kind of like a classic JRPG but kind of not. It lacks certain features that would have made the gameplay less laborious and more fun to experiment with. However, it's got a nice presentation and battle difficulty is just about right for a challenge so if that's what you're after, Setsuna should entertain. 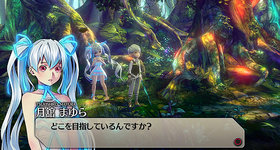 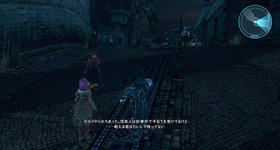