Legend of Heroes: Sen no Kiseki Gets a Sequel, Kiseki Series 10th Anniversary

And you can find the official press release in PDF here.

However, it's good news we're getting more of the same because Falcom finally breathed some life back into the Kiseki series.

Part of Falcom Japan's spin-off "Kiseki" series, it all kicked off with "Sora no Kiseki (AKA Trails in the Sky in the West)". I say spin-off because it was originally supposed to be a one off title that was part of their "Eiyuu Densetsu (Legend of Heroes)" series but, FC was so successful, it now has its own franchise.

So, 10 Years of "Kiseki" games, eh? (sounds like 10 years of "miracles" if you treat it as a pun!) Doesn't feel that long since I imported the first original title on PC.

For a little background on how the "Kiseki" franchise developed, lets wind back a few titles.

Sora no Kiseki First Chapter (FC) on the PC for Windows, was an awesome JRPG because it brought together some of the best gaming elements of the genre. It was turn based, you and the enemies could move around the battle field for range which added a little more depth to strategies. There were random bonuses for each turn and, you could see clearly who and what the bonus is from a timeline on the side of the screen.

There was the Orbment system which was similar to FFVII's materia system. The difference was, you have a circuit and had to unlock certain parts of it to use certain Quartz that granted your party member skills, base stat boosts and other effects.

Aside from that, it also introduced its own elements. You could cook to create dishes you've previously had for recovery or buffs.

Other small features that made the early Kiseki titles quality games is the in-game "handbook" you always had access to. Quests and storyline were always summarised neatly so you're never lost like in a lot of RPGs that otherwise would make you go online to look up guides or forums. Party members all levelled together so you don't have to spend extra time levelling inactive members when you have to group with them for the story.

Music was great but that it is pretty much granted from Falcom's JDK band. Then there was the story which was very well woven together and paved the way to the sequel Second Chapter (SC). Same system, story wrapped up (hope the Western localisation of SC comes to light soon!)

Now at that point I think Falcom started to get greedy and released Sora no Kiseki Third. It looked like a quick cash-in attempt and the development team didn't spend much time on it because everything was re-used. You were stuck in a dungeon looking at the same textures all the time, making your way through the levels of a tower.

This pretty much dropped my interest in the Kiseki series that followed. I tried playing Zero no Kiseki for the PSP but the gameplay had gone stale and the setting, story wasn't very compelling too by that point in the game's timeline where everything had advanced to a more sci-fi age rather than a society powered by magical quartz.

The worst thing that can happen to a franchise is it going stale with nothing new happening to it although hardcore fans would probably still lap it all up.

In comes Sen no Kiseki, introducing a new graphics engine so you have modern looking graphics that matches the resolutions today's consoles supported. Better looking 3D models to look at, including the characters which used to be 2D sprites. It's still not the best as it sits along with the average looking PS3 game but, better than no progress.

That said, graphics and sound are pretty much just bonuses to a game. There are still some sprite based, 2D games that play amazingly well today like Chrono Trigger after all.

Graphics upgrade aside, there were some significant changes made to the Kiseki gameplay system. Falcom had kept everything that made the Sora no Kiseki fun but added something in. Something that was similar to what made Atlus' Persona 3 and 4 (P3, P4) titles popular in the West despite the niche market.

Just like P3 and 4, you now had the time to take tests, build up your relationships with party members so that you gain extra benefits in battle through the Tactical Battle Link System. The difference when exploiting weaknesses in battles are amplified as much as in the Persona games - some weapons/skills deal 0 damage to enemies so if you had the wrong setup, you're in for a tough fight and challenge.

Now if Falcom can just push the graphics engine further so that it's closer to FFXIII. A lot of time is spent on the Nord Highlands which I'm sure the graphics artist wanted to show off and give the grand experience of riding a horse out in the great open fields. But, the graphics really weren't good enough to make it such a great experience unlike the similar The Archylte Steppes from FFXIII. Now that was a much better experience visually.

Then again, the game runs on both the PS3 and the slightly less powerful PS Vita so the developers might have played it safe, one set of code that runs on both console to save time and money.

Secondly, the game isn't fully voiced which isn't a bad thing. Side quests aren't voiced but the main story scenes are. Falcom also added in some little post-victory banter much like the Tales of series which is fun. Party members say different things depending on who got the last kill but this never changes so it would be great to see more variation.

Sen no Kiseki has pretty much got everything right although the story feels a bit of a deja vu of FC and SC the way it's going but, it's been been good so far.

Looking forward to the new sequel! 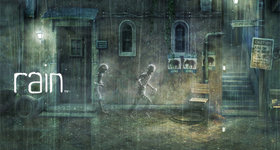 Rain (not to be confused with Heavy Rain) was a PS3 exclusive, download only game... 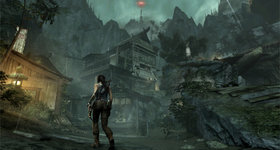 While browsing through my gaming news sources I came by some "Games of the Year...