Celebrations are underway at Kahzalm as everyone learns that Lilan will soon have a baby. However, Erin is so worried about her, she almost forgets about the graduation exam until Tomura reminds her. Meanwhile, Lilan's appetite has increased so dramatically, the conservatory was having problems keeping her well fed and considers reporting to the Shinoh about the matter while keeping Erin's talent a secret. Kiriku volunteers to go report and to their relief, the Shinoh was very happy hearing the news and grants them extra food supplies, giving her best wishes. The students graduate successfully and one by one, they leave the school to return home while Erin turns a new page in her life to begin her career as a teacher.

A new semester begins and a new group of young students arrive at Kahzalm. However, Erin has a little trouble teaching one of them. A young girl named "Shiron" who like Erin, wanted to become a teacher to show her father that she doesn't have to become a bride. She desparately tries to read the textbook from the Tamuyuan School she brought with her, hoping to become one of the rare female teachers quickly despite Erin trying to tell her that not everything can be learned from books. Erin found it difficult to change her views but, on the day Lilan gives birth, Shiron learns from Ethal that it wasn't just Erin's talent that allowed her to successfully become a teacher. It was her passion and will to live life to the fullest that earned her everyone's respect.

The Shinoh Harumiya decides to name the new baby "Aru" and without consulting the Grand Duke for protection, goes to see it herself with her own eyes. As Shinoh Harumiya left her palace, she gazed like a child at the citizens that bowed before her. Everything outside seemed exciting and new to her. After a warm welcome at the conservatory, she finally gets to see Lilan and her family of King Beasts but because they were so far away, she requests to go closer. Ethal insists it was safer if they stayed away but Damiya presses them on. As expected, Lilan and her family were wary about their presence and almost attacks. Erin appears and calms them down even though she was told to stay out of sight. Her secret was out but Shinoh Harumiya didn't seem to mind she had broken the laws and reveals that she too didn't like using the Soundless Flute. She wants everyone to follow Erin's methods so that more baby King Beasts were born. The reaction took Ethal and Erin back by surprise because surely Shinoh Harumiya should abide by the laws enacted by the Jeh the First Shinoh... Perhaps she didn't know the horror that the laws were made to prevent and this worried Erin.

Shinoh Harumiya begins her journey home, going by boat so that she wouldn't have to endure the rough mountainous journey back as suggested by Damiya. Meanwhile, the Grand Duke's health was getting worse as days pass. Nugan returns from the battlefields to see his father but shows no concern thinking he had lost his loyalty towards the Shinoh long ago. Shunan meets with his brother in the garden and asks him to pull back the troops from the frontlines for the time being as he had heard news they were distancing themselves further and further away from the Royal City. However, Nugan takes no notice and feels he was already fulfilling his duty by fighting at the frontline. Just as Shunan feared, the Saigamul attacks the Shinoh using a large number of Toudahs at the river. Erin, who was out on a field trip with the children, decides to not to stand by and do nothing even though it would mean carrying out The Great Sin. She runs back to the conservatory to get Lilan's aid but to her horror, she loses control of Lilan and there is a large amount of bloodshed.

Erin's acts very much like her mother so far - Keeping calm in some pretty uptight situations while smiling and keeping a kind face most of the time. But it looks like she's really gone too far this time... At this point of the story, it's looking like Damiya will eventually get to control Semiya and end up using the King Beasts to gain power.

Just 11 more episodes. I wonder how this show will end? Will it stick to volume two of the novel series and have a second season or will it change it and end it there? In any case, I think it's going to be another traumatic experience that will haunt Erin's memories just like the death of her mother.

Also, I'm wondering if Nahoko Uehashi wrote this story to show people how important it is to stick to one's ideals, overcome difficulties but know there are times when should follow the rules laid out by people too by using Erin. Then there's the Shinoh's group of characters to remind viewers/readers of how one shouldn't be over-satisfied with one's success or you'll become oblivious to the things around you like Harumiya.

Maybe I'm just thinking too much... 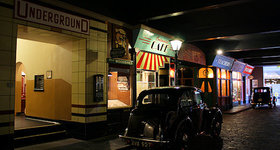 Another place I've never been in before but the sound of old transport sounded like... 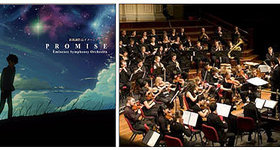