Aniplex is having a "Persona Music Campaign" giving Persona fans a chance to buy all the P3 and P4 soundtracks together as a package. The package includes a deluxe box to keep them all in as well as two alternative covers to decorate the box with and one clear card.

Just after I went ahead and bought all the OSTs too... 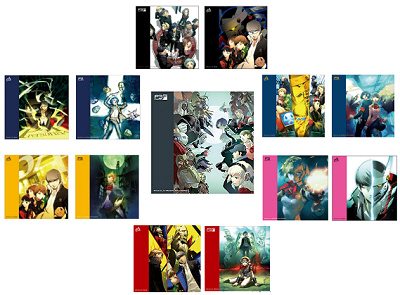 Well, at least they're not new original illustrations. I think they're overusing the same artwork too much.

I was a bit hesitant on buying them all because of the price at first but, I've been listening to them so often since I played the US version, I thought I should get them while they're still in print. Just hope I don't grow to dislike rap and hip hop music any time soon!

The booklets inside are done much better than the P3 drama CDs... The P3 OST even includes a score sheet for the Velvet Room theme song, "全ての人の魂の詩 (A Poem for Everyone's Soul)". 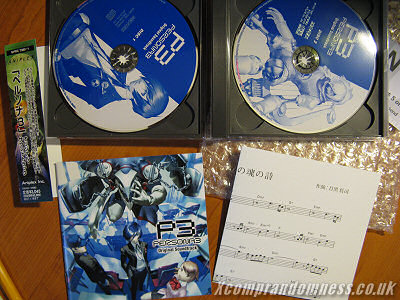 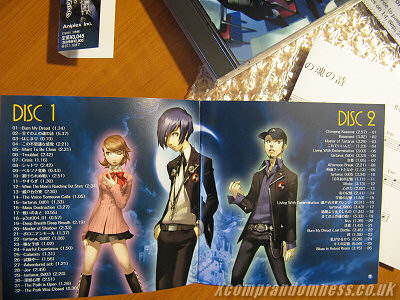 Just looking at the artwork and screenshots from the cutscenes remind me of the game. 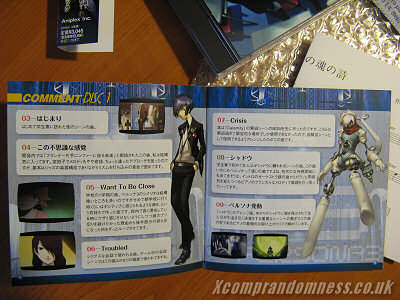 Funny they don't have an English translations for the tracks. Either they considered it irrelevant or too hard to translate to Japanese because of lines like, "I'm not a Tyson," or "Fast life, fast money coming like promo."

Don't know what this illustration is doing in the P3 Reincarnation remix disc when it's used for the Certain Day of Summer drama CD too. 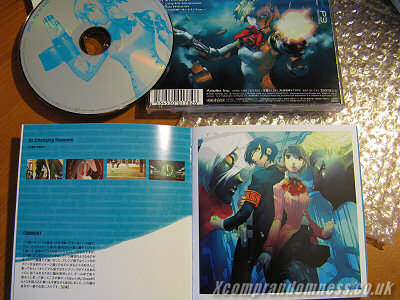 I like pretty much all of Lotus Juice's songs. Remix of "Deep Breathe Deep Breathe" is probably better than the original. Pretty sure he sings "I touched your bum" and not "heart"... 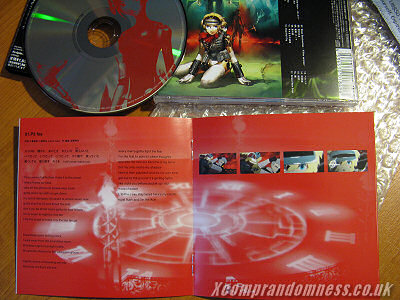 Had a listen to the P3 Character Drama CDs too and I'm kind of glad I didn't get those. They're kind of boring in comparison to the first three that were released. Perhaps I've read so much stories from the P3 Club and P3 FES Fan Books that the scenarios are becoming too predictable. 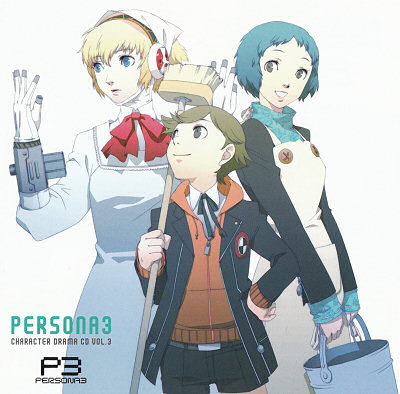 The only fun part I found was hearing the cool and collected Mitsuru screaming for the first time in volume 3. Imagine what the recording room must have been like with all three voice actresses screaming for several minutes.

Taking place during the typhoon period of P3, the girls thought there was a rat in the dorm and had to get the "manly" Shinji to get rid of it. Aegis was shooting away at it with bullets of course...

In the end it turns out it wasn't a rat and Amada is the one that ends i[ capturing the little animal instead of Shinji and earns the praise of the whole team. Funnily enough the MC had a cold and didn't hear anything at all. 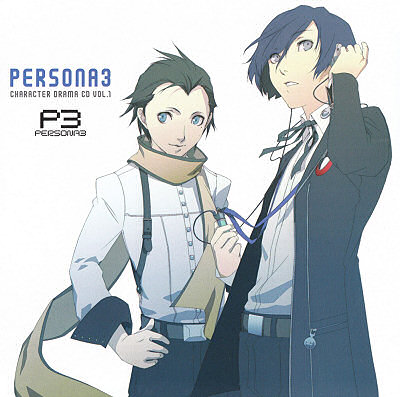 There are also some interesting points made during volume 1, where Ryoji, Junpei and the MC are hanging out together. They meet the various Social Links the MC has and are surprised at the number of people he knew.

Then at the end of the day, Ryoji looks out into the town saying how great it was to see all the little windows lit up. Are they still working? Maybe they're studying, eating, alone or with their friends or family. Each little window were different in representing their ways of life.

Junpei doesn't quite get why he was getting so emotional so Ryoji implies that one should go out into the world and meet as many people as they can. He makes a comparison with all the good food in the world. It's a waste not to enjoy the variety.

Shouldn't be long before they start releasing P4 drama CDs. 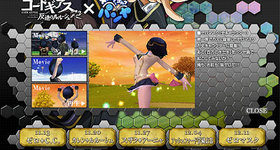 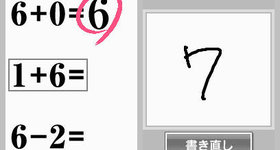 Nintendo has revealed its first batch of 13 DSi Ware titles for their DSi console...

6 Feb 2009, 11:15:39 am
They're a new two part drama CD series from Frontier Works "New Moon" and "Full Moon" which partly deals with how Mitsuru copes a few days after the death of her father.

23 Dec 2008, 4:02:13 am
I actually downloaded all the Character Drama CDs... Anyhoo, have you heard of Episode Luck and Episode Rain? I think it came with the Minato figure and Akihiko figure if I remember correctly...