A Stroll About in Autumn

Well, we are almost through Autumn as the nights lengthens and the day shortens. With all the current coursework and research I find myself having less time to watch as much Anime or enjoy games as I used to. Been spending weekends expanding my skills and building some sample work ready for employers to see. Seems they're more interested in any work that one does outside of a course and not what one does in the course itself. Thus the reason why you haven't seen as many updates lately or any summaries on any of the new shows that have being going on this season.

Inspired by other bloggers such as Danny Choo's "A Week in Tokyo" series and Icie's occasional photo shoots, I decided to drop by the local park on the way home over the week to take a stroll, hoping to catch some nice shots with my Canon camera. I had actually wanted to do something similar long ago when my Japanese penpals wanted to see what Glasgow was like but, never got round to it. The photo you see in the recent Wall-E post is just one of many I have started to snap lately.

Unfortunately, I didn't really manage to find any spots with a variety of Autumn leave colours but I did manage to capture these shots of the sky. 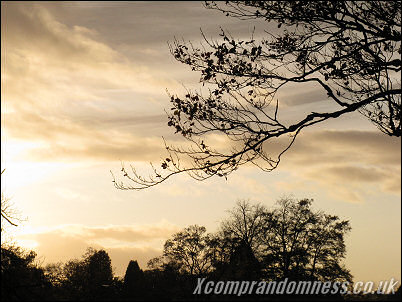 I don't think I can capture as much variety as they can but, it's still relaxing strolling around and taking photos.

So here are my feeble attempts at sky shots! I'm sure those of you who come here in search of 5cm materials will know where the inspiration comes from! Mostly because of how Makoto Shinkai's team talks about how much attention they pay to the skies in his artbook. 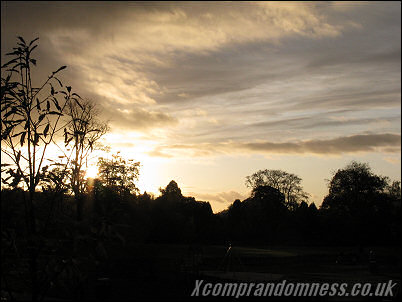 Kind of difficult processing these photos on my CRT. They look so different on my camera and my laptop's LCD but, don't want to switch to an LCD monitor until this one breaks. Always have to figure out what to do with old hardware. 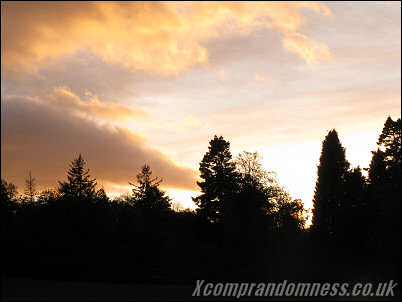 Not really trying any HDR shots yet but I have been playing about with the manual settings - ISO, aperture and exposure times. Unfortunately, there's no AEB on this Canon camera so I guess I'll just have to adjust the exposure manually. 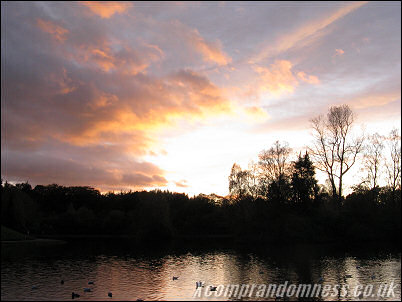 I've been using the backgrounds from 5 Centimetres per Second in the header for long enough now and I'm thinking of replacing them with the photos I'm taking. They won't all be sky shots of course and should be a good change. 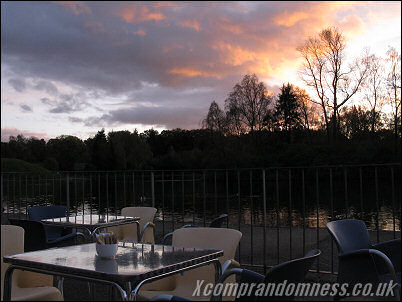 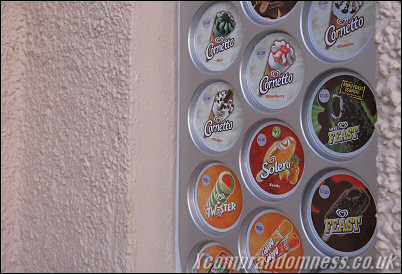 Still quite a number of people out around the lake as it gets dark. 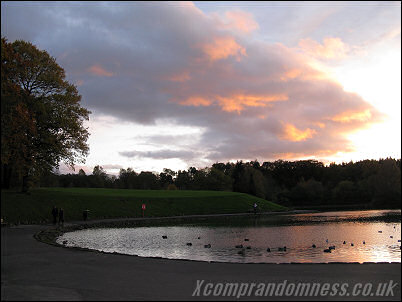 Other shots that I took earlier before it started to darken. 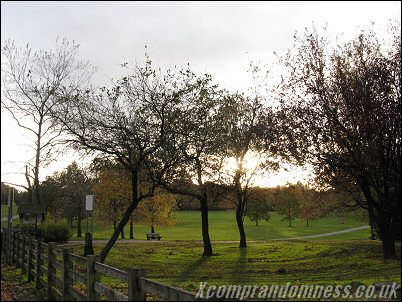 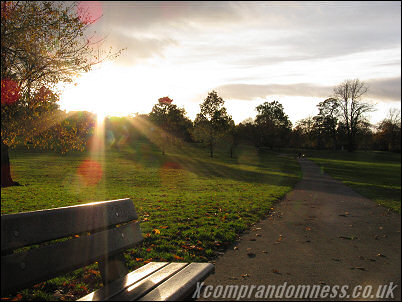 Totoro, only a bigger tunnel. 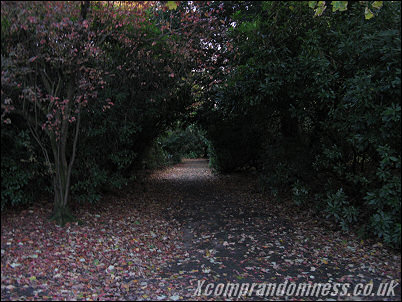 Hmmm, these actually turned out better than I thought... When I view them on my laptop! 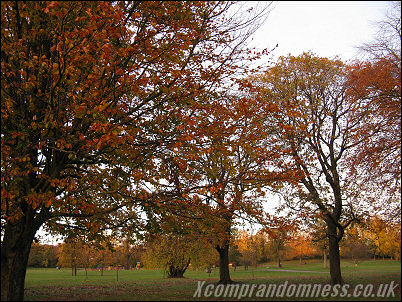 Not a great range of colour on the trees as I mentioned earlier. Might just be because it's late in the season. I saw someone else taking photos of the same spot but with a DSLR and tripod. 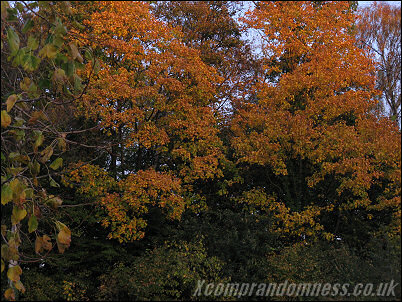 Leaves gathered on the man-made grounds that can't deteriorate quite as fast as on the grass. Shouldn't be long before they're brushed up into neat piles. 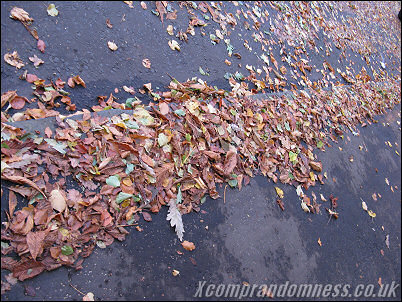 I'm not sure what will happen to this blog as I busy myself with other priorities but well, I didn't choose "randomness" as a domain name for no reason. 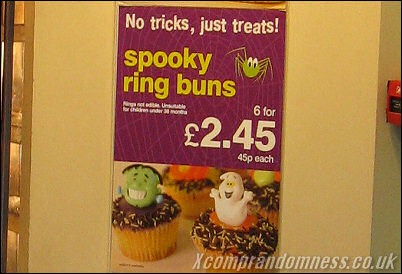 Anyway, hope you all had a good Halloween night! 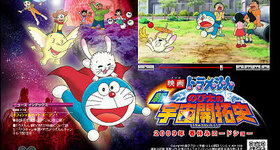 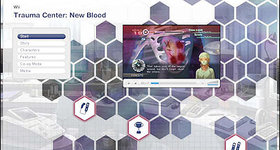 Trauma Centre New Blood is due this Friday in Europe yet, none of the shops seem to...

Yes, I was actually thinking of using different images to match the seasons. Had some autumn-ish scenery from 5cm prepared a while ago when I made the current headers but, I feel like using actual photos now!

3 Nov 2008, 4:07:56 am
I like the human quality in the midst of the photos. Reminding us that even nature is interpreted and contained within a human-centric world. In particular I'm amused you have what looks like a vending machine for ice cream. We have icecream popsicle vending machines in Canada.

Some of your photos remind me of my hometime, before the metropolitan started creeping in the year i left in 06. There's a ravine literally next to a shoppers drugmart where I used to live. In the midst of trees you could make out the red outline of the shoppers.

The colours are already in a plethora of reds, greens and golden yellows in Ontario, Canada.

The back of my university campus also has a valley. It's got similar views of brushed up leaves, lonely benches, and still water for the geese not quite ready to leave for warmer climes yet.

It'll be fun to see what header you decide upon! Perhaps you can do seasonal headers, so for autumn, autumn pics and maybe winter winter pics. If you have the time for that... xD

2 Nov 2008, 11:31:59 pm
I like the eighth image from the bottom (park bench + sun's rays). It depicts just the sort of place I can imagine myself kicking back in, a manga compilation in one hand and a thermos bottle of hot lemon tea in the other.

Makes me wish we had parks like these in my corner of the world.

(Hmm, half a dozen ring buns for just over two quid. Sounds like a bargain to me . . .)