The complete version of Firefox 3 is finally released to the public today after much testing. Just downloaded my copy to enjoy the new features and to help them set a good world record for the number of downloads in 24 hours. Why not join in the Download Day and then pick up your free e-certificate too? 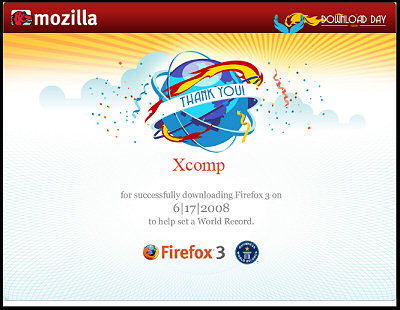 Servers have been pretty much been swamped when I downloaded a moment ago. It was going at a painful 4KB/s so if you have problems accessing the Mozilla sites, just try again later. It must be doing well if the servers can only hit that speed. Good to see the total downloads is closing to two million.

There's quite a list of features but after using it for a bit, here's what I like so far:

The downside to the quicker browsing Smart Location Bar is however, anyone using the same computer as you can see what sites you have been browsing too. A bit of privacy invasion.

But anyway, if you're wondering why I use Firefox instead of IE, the table below pretty much sums it up. The browser is open source which means coders all around the world can see exactly what the code does instead of being limited to a single company. This means any security exploits can be patched up much quicker than the once a month schedule that Microsoft has and the fix may even be of higher quality.

Firefox is also flexible allowing one to add in the functionality they want just by installing a small add-on such as Noscript or, something like PicLens that lets one browse image and video sites much faster in 3D.

Now I wonder if Microsoft will be arranging anything like this event when it's time for them to launch Internet Explorer 8? 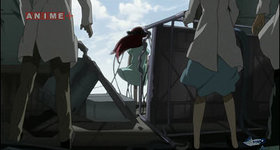 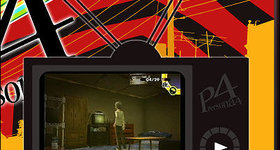