Yet another mystery character is revealed. Just one more left.

Rise (ree-seh) is a top national idol who saw her debut many years ago when she won an audition. She was active in the city for some time but suddenly, she is transferred over to Yasogami High. Whatever happened to this girl who was once doing very well amongst advertising companies is completely unknown. It appears she was born in Inaba... 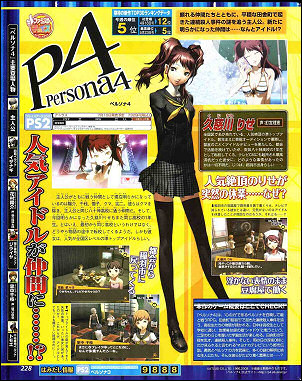 Judging by the screenshots, she will appear after Kanji Tatsumi and works in a Tofu shop. Her Persona is Himiko and confirms that she will have a support role allowing the players to analyse Shadows. Her reports during battles will be fully voiced and not only does she analyse the enemy, she will report any bad status affecting the player's party members. 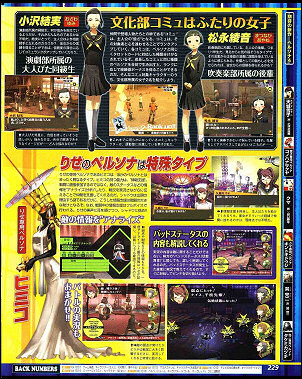 Nothing much to translate from this week's website update. There's a clip of Chie using her Persona Tomoe, more shops added to the buyer's guide and two wallpapers for download. Don't miss out on the last two easter egg ones too! 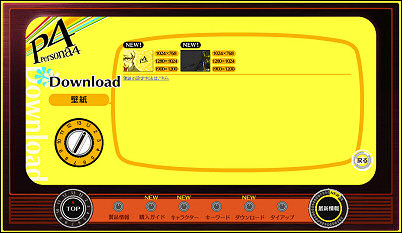 Also came across this midnight surprise video clip of Nanako cooking breakfast for the MC. That must be one heavy plate! 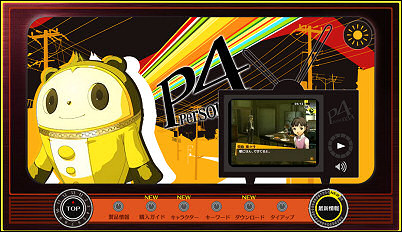 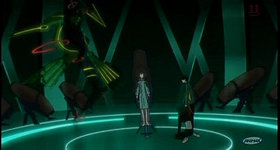 The second op single for the Persona Trinity Soul from Flow is finally out. The way...

11 Jun 2008, 5:34:49 am
I remember Fuuka warning the Main Character to start administering curatives whenever a person has a status ailment on. Like "throw a Me Patra at (insert party member here)".

Megane,
I can't quite remember...

Silver,
Yes, it is. That giant satellite looks painful on the face, though ^^;

9 Jun 2008, 6:29:39 am
>>Her reports during battles will be fully voiced and not only does she analyse the enemy, she will report any bad status affecting the player’s party members.

I, for one, welcome our new Kugimiya Rie-voiced non-tsundere(?) non-loli supporters. And if Himiko's "satellite for a face" look doesn't scream "SUPPORT PERSONA" all over, then I don't know what does. ^_^;

P.S. Is it me or do some of the wallpapers have July 10 (the JAP release date for P4) written over them? Won't that be hard to use after the date specified?